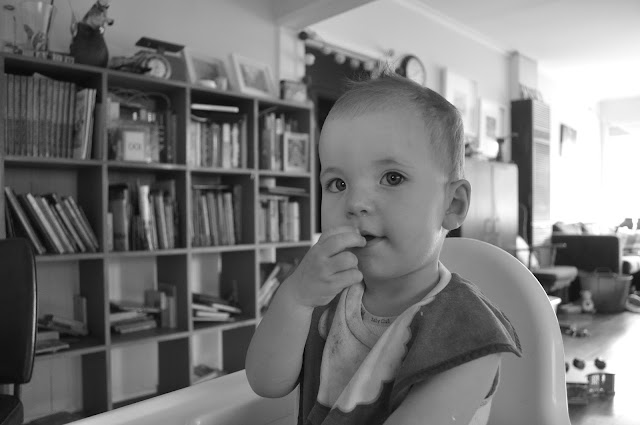 At last I got around to giving Miss Charlie Barley her first haircut. She was an angel and only tried to grab the scissors a few times.
I've been meaning to cut her hair for months, but wanted to make sure it was recorded as we had with Harper's first haircut. And to think I was the one who gave out lectures on not delaying the first haircut, hopefully now her hair will start growing. Having a daughter without hair when you a hairdresser is not fair.