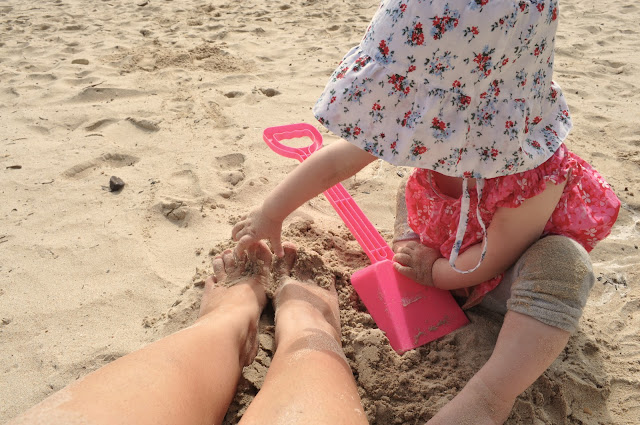 Repeats simple words if said to her first.
Hums music tunes.
Can point out a dog in pictures and say dog.
Yells back at Harper just as loud, and just as angry.
Wiggles her butt when she dances.
Likes pop music.
Can stand and every now and then takes a step but doesn't walk.
Waves when someone says goodnight or goodbye.
Says hi and waves.
Plays peekaboo by putting her hands over her ears.

Loves mum holding her. all day.
Breastfeeds about 2 to 3 times a day. And about 3 times a night.
Has one or two naps per day. Co sleeps.
Eats anything and everything.
Wiggles, kicks, and moves more than any baby I've ever know. Nappy changes are impossible.
Enjoyed her first plane ride and holiday to Hamilton Island.
Says Dar all the time, Harper and her yell it at each other, I have no idea what it means, maybe it means don't.