Day 1 Save our sleep 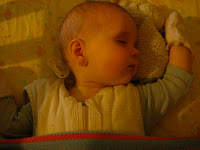 Today went much better than I thought
I stuck to the routine that I posted. Harper went to sleep with dummy (using for the first four days) at the   9-am sleep, It only took him a couple of Minuets to fall asleep and I did not even hear a sound, He sleep for his normal 40 Minuets when I heard him wake I left him for about 10 Min's (he was just talking to himself but I would normally go get him up if I heard him) and he went back to sleep till 10.50

The same thing happened with the 1pm sleep, He went down and did not make a sound just went to sleep, Woke after 40 Min's and was crying so I went in and gave his dummy back and he sleep till 3pm. I HAD TO WAKE HIM UP
He did not sleep at the 4.30 nap where you are meant to take them for a walk or drive if you think they need more sleep, I went for a drive But no luck, Harper has never sleep well anywhere other than the cot.
So overall
Before today Harper was being breast-fed after every sleep so about every 2 1/2 to 3 hours and today was four hourly which was fine if anything he feed better, he did not seem to mind waiting.

I had been only giving one sometimes two solid meals a day. Today he had three he took all but i needed to coach him a little on the morning solid

Before this when I put him to bed he would keep pulling out his dummy and crying sometimes he would take 1/2 hour of me going back giving him the dummy before he would sleep, and only very really would he ever resettle.

The thing I was the most worried about was him staying up for this amount of time (he had always been a tired baby) he did get grumpy as the nap times came closer and by 7pm tonight he was sooooooo tired but I just keep him occupied and he was okay much better than I thought!
I'll let you all know how tonight goes.
Happy sleeping. 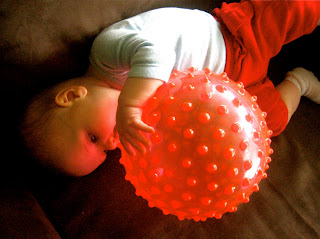