For the last few months Harper has been fussy, He wont touch vegetables other than mashed potato, and I have trouble hiding them in foods. I'm slowly finding ways of getting him to eat vegetables and still serve them with ever meal. He might have turned his nose up to this green smoothie had I not mentioned it was Monster milk. We even ate some Pea and ham soup which would have been a struggle had it not been Monster brains. You get my point, sometimes you need to think like a kid and if you're lucky occasionally it works.

I cup of soy milk, or your preferred milk
2 handfuls of baby spinach
1 frozen banana
1 dried date for sweetness (optional)

Blend it up until smooth and watch you fussy preschooler drink it and want more. 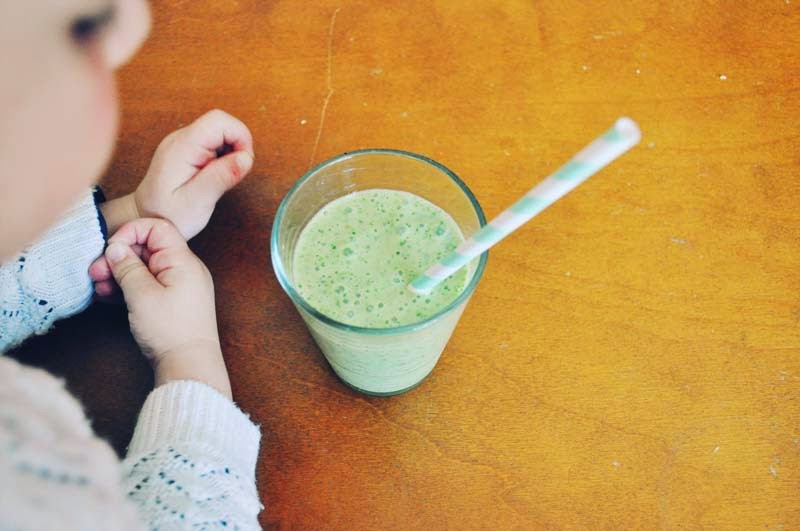