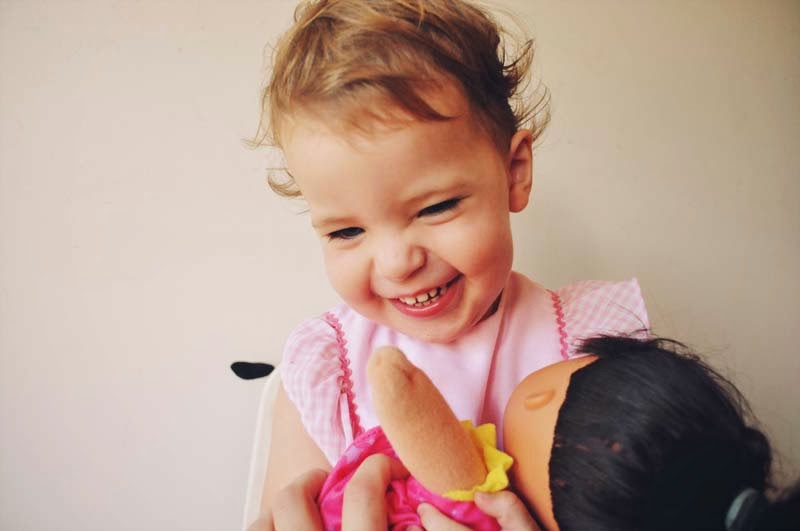 She felt stressed as she drove to an appointment at the podiatrist, people had made comments about the way her daughter walked, but she had dismissed them. Nothing was wrong with her daughter, how could it be? Maybe the problem lay in the mothers eyes, they were clouded, in her eyes her daughter was perfect, she hadn't been walking long, she was still finding her feet. Time passed and people kept asking questions, after she'd been walking for months people would ask if she'd just started walking, it wasn't long before the mother started to question the way her daughter walked herself.

The mother made an appointment with a GP. The week leading up to the appointment the worries grew, the mother wished she'd listened to the people who asked about her daughters legs, she worried there was a problem, she worried she was the one to blame for not picking it up sooner, for not listening to eyes that weren't clouded.

The mother sat quietly in the room as doctor told her there was nothing to worry about, the doctor calmly flicked through a paper book, going back and forth reading out loud possible diagnoses. After a while the doctor came to the conclusion that whatever it was her daughter would outgrow the problem in time. The mother left feeling relived and pushed the idea of there being a problem out of her mind. As the months went on she noticed her daughter continued to fall often, one of her legs still faced inwards but still she didn't think much of it. Until she took her daughter for her 2YO check up with the health nurse. The nurse asked about her daughters legs and pushed that she was seen by a podiatrist before waiting months to get in to see a specialist.

Again the mother sat in a small room with her daughter, as the podiatrist spoke she tried comprehend what she was saying, but the podiatrist spoke fast and the mother wasn't prepared. Not for this. One of the bones in her daughters leg was bending the wrong way, she thought even with treatment she wouldn't be able to fix the problem completely. The bones in the foot on the other leg were bending in the wrong direction also. The problems were most likely coming from her hips which were both tight. Her daughter was looking at wearing shoes on the wrong feet for 3 years, as well as weekly treatment from the osteopath, left untreated she would grow up have hip and back pain and the leg would not straighten, the mother was told to not let her daughter sit in the W position and to avoid her sleeping on her tummy.

The mother may have been able to get her head around this, if it wasn't for the question the podiatrist had asked a few minutes ago. Did she ever wake up screaming for no reason as a baby? The answer was yes. She use to wake up screaming with no build up, she just woke up and screamed, the mother had put it down to her being the unsettled baby she was. And as the podiatrist spoke the mother struggled to hear because at that moment all she could hear was that her daughter had been in pain and she hadn't know.

Charlie's, since been to the GP again and had X-rays of her feet, hips and legs. She's been feeling a lot of pain from wearing the shoes on the wrong feet and the doctor has asked that I stop doing it until Charlie is seen by the orthopaedic surgeon. We're on the waiting list to get into the Children's hospital, in the mean time I'm going to see a private orthopaedic surgeon. Hopefully with some therapy this will be outgrown and the leg can be relined, the hardest thing for me has been not having straight answers, and worse conflicting answers. Sometimes we have a gut feeling something is wrong, a mothers intuition, but sometimes we don't. Sometimes we can't see problems that are right in front of us. I think its important to get second options, and to listen to others even if we don't agree, because some times gut feelings get lost behind clouded eyes of love.