BLW when your baby chokes, for real. 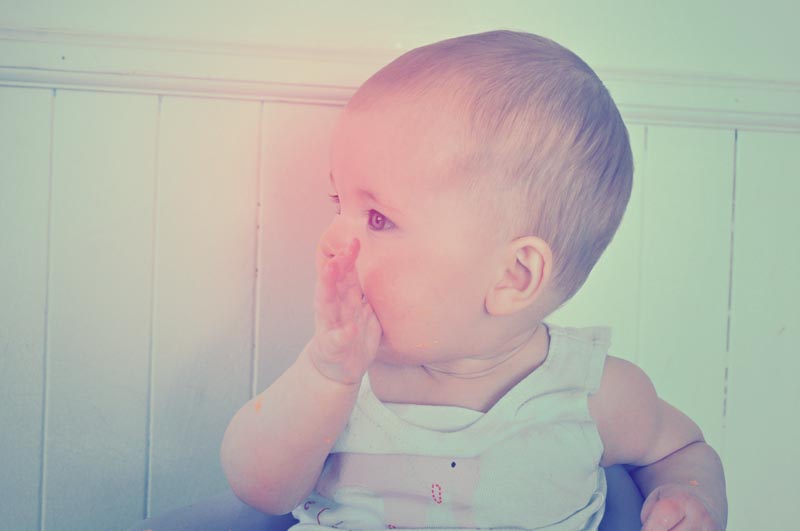 When I had Harper I was worried about choking, all the time. If you had asked me if Harper ever choked when he was younger I probably would have said yes. But then I read this great book on baby led weaning, it explained in detail the difference between chocking and gagging. It really opened my eyes and made me realise gagging is good, it's not choking, it's our body working the way its meant to, to protect us from choking.

When I started baby led weaning with Charlie, it wasn't as scary as thought it would be, watching the way she handled food blew me away, I'd watch her in amazement feeling proud for having the courage to be trying something different, something a little out of my comfort zone, I felt proud of her and the way she ate.

This week was a real turning point for us, all week Iv'e been putting a post together in my head. It was going to go something along the lines of, wow I'm so glad I did BLW, I love it, it's amazing.

And then she choked, for real.

Charlie and Harper has just finished eating their tea when I thought I'd give Charlie a slice of watermelon, i'd given it to her before and in my mind it was a safe food, who chokes on watermelon? No one right? Wrong.

I don't really remember how it started... I think their was some gagging, I wasn't concerned because like I said before gagging its normal and happens a lot. But then she started going very red and her eyes begun watering, I left her sitting in the highchair knowing she had the best chance of getting it out herself, and waited for more gagging, but the gagging stopped, she kept changing colour, I could see the panic in her eyes, then she spewed.
I thought maybe she had cleared it, she was making noise so I knew it wasn't a full blockage, then she started going pale and blue. Matt grabbed the phone and I laid her across my arm giving her 3 blows to the back, I checked her mouth still nothing. Her colour was getting worse, her head went floppy like she was going to faint, by this stage I was fully panicking. I told Matt to dial 000 and just as he did she vomited again, and this time she managed to dislodge the watermelon, she cried and I cried with her.

It has given me such a fright, this happened earlier today and I'm still feeling very stressed and upset. I hope I can remain confident and continue with BLW, but I think there will have to be some changes. I'm going to be really weary of making sure her food is ripe and steamed well. I picked up the piece of watermelon she choked on and it was very hard.

Later in the week I'll be putting together another BLW post, talking giving Charlie three meals a day and whats she's eating. I'll also be posing about the new highchair we brought as well as the best bowls I've found for BLW.