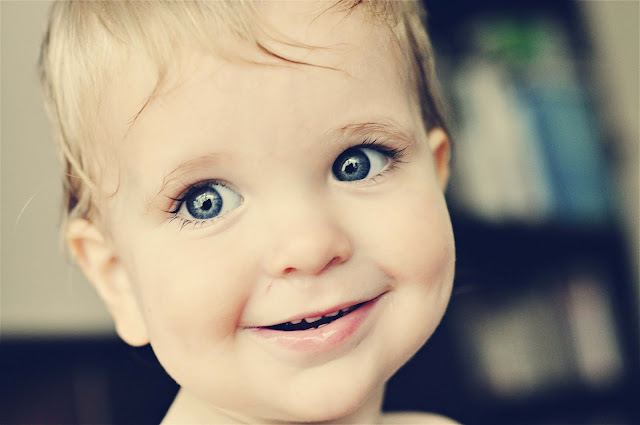 I vaguely remember a pink rabbit with long ears that I liked to hold, I'm told I took it everywhere.

When Harper was an appropriate age I introduced a comforter, a blanket with a teddies head that I stuffed into my bra for a few hours. I gave it to him every time he went to bed and after a few weeks he was hooked, we named it baby and he looked for it each time I lay him down to sleep.

A year later I would say the love he feels for his baby has become more of an obsession, as I lift him out of the cot after a sleep he begs me baby, bay bay baby baaabeeee, although I use to prefer to keep it in the cot these days I give in to avoid a melt down. You should see the way he rubs his face into it as he cuddles it. 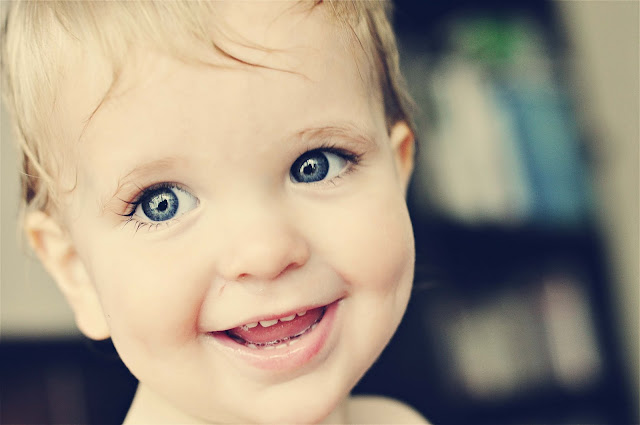 We've had five of theses babies over the short 19 months of Harper's life, they always seem to go missing, every time I'm near the shop that sells them I buy another one. A couple of months ago I went to pick one up only to be told she hadn't been able to get them anymore. You can imagine my horror as each time I was back in town I checked and each time she didn't have them. She must have got sick of me asking because the next time I was in she told me she had contacted the company and they had informed her they were no longer making them.

I decided it was time we moved on and went in search for a look alike. I brought a new baby with the same blue backing and white fur, it was missing the rattle and was slightly bigger but similar, I gave it to him and he seemed happy until I put him to bed. I watched as he shook it waiting to hear a rattle, this went on for a while before it was heaved out of the cot. This wasn't going to be as easy as I thought, and the last two real babies I had were beginning to wear.

So I did what any sane mother would do I searched the world via google for any remaining stock, I kept hitting a dead end, I would find them on eBay but it was for an old add with no more available, then finally I found them I quickly contacted the lady to be sure they were the real deal. They were, she had seven left and you better believe I brought every one of those teddies even if it cost me $135 dollars and took a little, ok a lot of persuading to get Matt to agree that I could buy all seven. 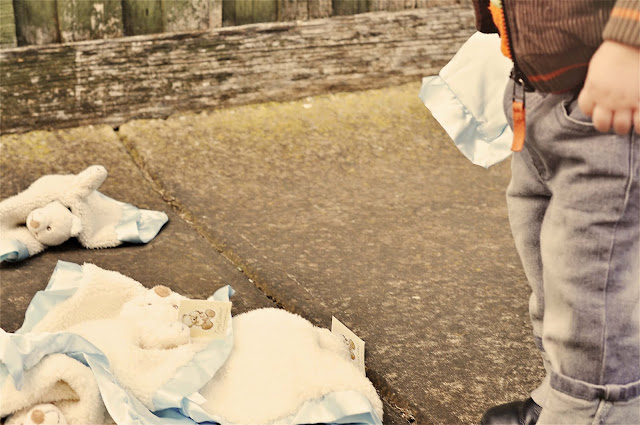 They arrived yesterday, we got out the video camera and gave Harper his present that had arrived in the mail. Can you imagine his face as he found seven babies in that paper bag. Totally worth the effort.
Labels: Baby comforter.