And then she started sleeping through the night... 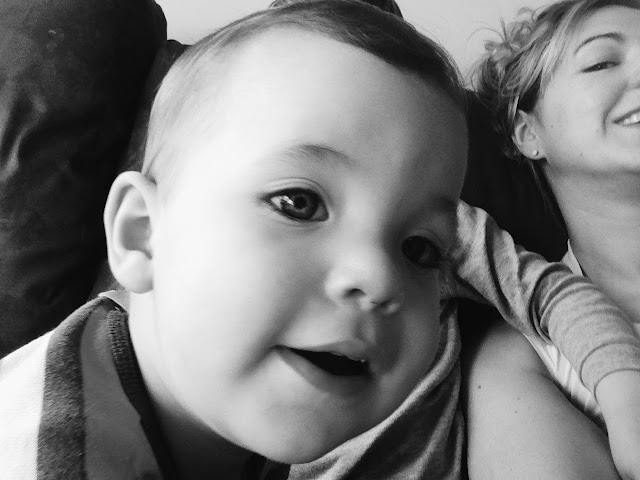 For the last three weeks Charlie has slept though the night, for the first time ever. No really, ever.

If you've landed on this page in hope for a magic answer, I don't have one. I tried so many things over the last 18 months (other than controlled crying or weaning) to get Charlie to sleep though the night.

Nothing worked, so I did what worked for us to get her back to sleep as quickly and quietly as possible, I breastfeed her to sleep and co-slept with her, for most of the night, every night . Sometimes on a bad night she still woke as many as 6 times a night. She went straight back to sleep (as long as I feed her) but still it was exhausting.

In the next few months Matt and I are going to try for another baby, until Charlie started sleeping through the night, the idea of another baby seemed well... terrifying, it doesn't matter how much you love babies or how many you want. One thing remains the same, we all need sleep to function. Lack of sleep makes me fragile, and grumpy. Having another baby when I'm not yet sleeping from my last would be cray, cray, and put our family under unnecessary pressure.

So I decided to move Charlie's cot into Harper's room, I just felt ready to have our room back. It wasn't like when I moved Harper and part of me felt guilty that I wasn't as sad about the change, but I just needed sleep, I thought we haven't tried this, lets. I didn't really have a plan, I just thought when she wakes up I'll feed her and bring her into our room, or put her back in the cot. Simple, maybe?!

The first night she woke up around 10pm, she called out a couple of times but then went quiet, I decided to leave her and she fell back to sleep. She woke again at 1am and this time she cried, I went in and brought her back to our bed. She spent the rest of the night in our bed unsettled feeding almost every hour.

The next night I decided I'd try to feed her in her bedroom and then put her back into the cot, but for the first time ever, she didn't wake up! She slept until 7.20am (unheard of) I was pacing the house worried out of my mind. Of course she was fine.

I thought maybe it was a fluke, but it wasn't! Since then she has continued to sleep and not feed all night. Don't get me wrong she has woken up a few times over the last 3 weeks and called out, but at no point has she been upset crying. When she was sick I went in when she called out and rocked her but I didn't feed her and I put her back into her own bed. I think she feels better because Harper's with her (most of the night).

So there it is, my magic answer was to move Charlie into another room. We've all been sick the last week and I can't tell you how happy I am to be getting some good sleep. The end.
Labels: co sleeping, how i got my toddler to sleep all night, how to get you baby to sleep though the night, toddler night weaning