A few days ago I was contacted by a lady named Emily, She wanted to know if I would do a guest post on Early childhood education. After reading it I deiced I would post it as sign language is something I am interested in, I find it amazing the rate a Young child learns and often watch u tube videos of babies doing several signs it blows me away, So for anyone interested in sign here is some info.........
And for others that come just to look at my baby here you go 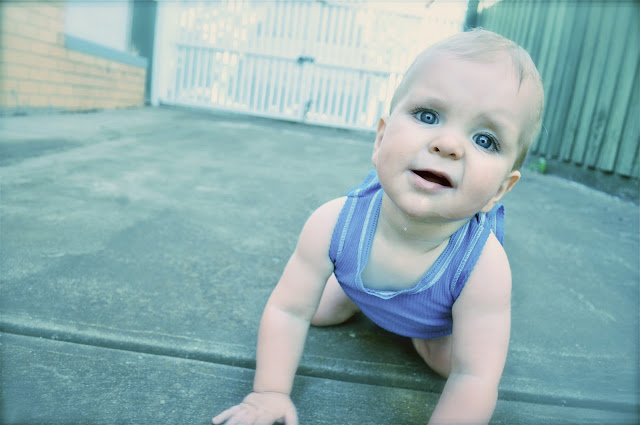 Early Childhood Education – Acquiring Sign Language
While many see having bilingual ability as an advantage in a hard economic time, being able to sign is beginning to a key to communicating articulately with the widest possible audience.  There is a growing shortage of qualified interpreters fluent in American Sign Language has led to more career opportunities – and if current trends continue, it's likely that skilled ASL interpreters will have little problem securing lucrative employment in a society where such a commodity is destined to be in short supply.
Signing Before They Can Speak
The early ages of 2 to 5 have proven to be the best time to educate children in different modes of communication and language. This goes beyond the spoken word (though it is an optimal time for children to learn a second language); many young children have an aptitude for signing as well. This can be taught at home or some   Child care programs incorporate it into their curriculum.
This is not as odd as you may think, indigenous peoples around the world, including American Indian nations, have used sign language for centuries to facilitate communication with other tribes with whom they do not share a language. Some paleontologists and anthropologists theorize that Neanderthals – who apparently lacked the vocal mechanism to produce many spoken words – depended a great deal upon hand gestures to communicate.
In fact, recent research suggests that sign language is innate. An article published in the Boulder Daily Camera in 2003 presented strong evidence that babies as young as six months old communicate with their hands:
"...by 6 to 7 months, babies can remember a sign. At eight months, children
can begin to imitate gestures and sign single words. By 24 months, children
can sign compound words and full sentences. They say sign language reduces
frustration in young children by giving them a means to express themselves
before they know how to talk." (Glarion, 2003)
The author also cites study funded by the National Institute of Child Health and Human Development demonstrating that young children who are taught sign language at an early age actually develop better verbal skills as they get older. The ability to sign has also helped parents in communicating with autistic children; one parent reports that "using sign language allowed her to communicate with her [autistic] son and minimized his frustration...[he now] has an advanced vocabulary and excels in math, spelling and music" (Glarion, 2003).
The Best Time To Start
Evidence suggests the best time to start learning ASL is before a child can even walk.  It not only gives them a way to communicate, but I can also strengthen the parent-child bond.  Obviously helping as well with setting a solid foundation for learning a skill that will help them in the future.
Co-written by Emily Patterson and Kathleen Thomas
Emily and Kathleen are Communications Coordinators for the Austin child care facility, a member of the AdvancED® accredited family of Primrose Schools (located in 16 states throughout the U.S.) and part of the network of child care preschools delivering progressive, early childhood, Balanced Learning® curriculum.